Look Into the Past was a fun challenge that gave players a zipped copy of a Linux machine's file system.  The goal of this challenge was to find the flag placed in an encrypted file.

First, I downloaded the file from the CTF site and extracted it.

My first thought after reading the challenge description was to find out which file had been encrypted.  I assumed a user encrypted the file; therefore, the command would likely exist is the user's BASH history file.  Which user though?

Thankfully, there was just one user: User.  I then looked to see if they had a BASH history file.

I looked into the .bash_history file and saw the following content.

Looking at this output, the user used openssl to encrypt the file using three variable: $pass1, $pass2, and $pass3.

Reading the BASH history, I could tell that $pass1 was a file given that the password used cat on the variable to read its content for the openssl password.  Then, it was embedded in a file named doggo.jpeg, which was moved into the Pictures directory.

Reading the contents of the file gave me the value of $pass1: JXrTLzijLb

Next, I proceeded to find $pass2.  According to the BASH history, $pass2 was used as a password during the creation of a new user.  If you read the help content for useradd, it'll say that the -p option is used to provide an encrypted password of a new account.  This means that whatever value you give for the password is assumed to already be encrypted.  The password is then stored in /etc/shadow for the user.

I read the contents of the shadow file; the password is stored after the username and delimited by colons.

Now onto the last variable.  According to the BASH history, the value of this variable was inserted into table.db in the opt directory.  The file was then compressed using tar.

First, I copied the tar file into the /tmp directory and extracted it.

Now with the database file extracted in the /tmp directory, I used sqlite3 to query the database.

There we have it; $pass3 was nBNfDKbP5n.  Now, I had all the pieces to decrypt the file and find the flag.

I knew from the BASH history that the password was a concatenation of $pass1, $pass2, and $pass3, making the password JXrTLzijLbKI6VWx09JJnBNfDKbP5n.

I used openssl to decrypt the file and find the flag.

When prompted, I gave the password: JXrTLzijLbKI6VWx09JJnBNfDKbP5n.  The decrypted file flag.txt appeared.  Reading the contents of the file gave me the flag.

This challenge was a lot of fun.  I'm not sure that I would ever expect to see anyone secure their files in this manner by splitting up the password; nonetheless, it was a lot of fun to tackle. 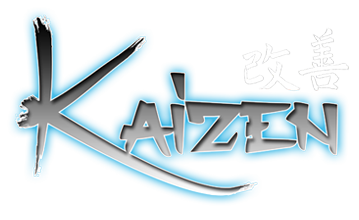 The Holiday Hack Trail was a fun little spin on the classic game we all failed miserably at as kids: The Oregon Trail.  It was a fun challenge designed to